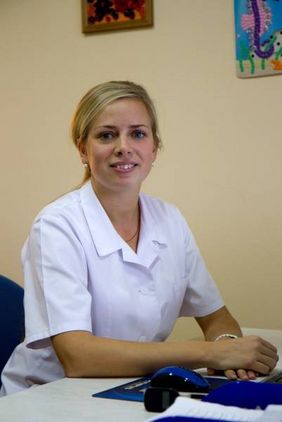 Completed research and educational course with the participation of international attendeesModern Methods of Diagnostics and Treatment of Cerebral Vascular Diseases and Epilepsy, Lviv, 2013.

Participant of the Second Academic Congress with the participation of international attendeesLatest Achievements of Endovascular Surgery, Lviv, 2013.

Participated in the congress of Prof. Eugen Trinka M.D., Chairman of the Department of Neurology at Christian Doppler Klinik, Salzburg, The American Austrian Foundation. (Lviv, 2013).

In 2014, completed internship training in Lviv Clinical Emergency Hospital with specialization in Neurology.

Has been employed with the International Clinic of Rehabilitation as Neuropathologist since 2014.