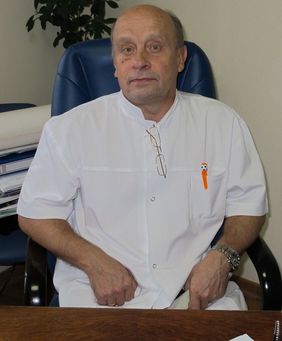 Dr. Lysovych graduated from the Faculty of Medicine at the Lviv State Medical University in 1979.

He worked as a district and factory doctor until 1987; he then worked as a general practitioner in an acupuncture office in Lviv until 1990.

Dr. Lysovych has been working with Professor Kozyavkin since 1989; he performs biomechanical correction of the spine according to the Kozyavkin Method, and is curator in several rehabilitation fields, such as reflexology, and remedial exercises, which are conducted at our medical center in Truskavets.

He has written 23 scientific papers; he is the author of the reflexotherapeutic methodology used for treatment courses at the clinic.

Dr. Lysovych has the highest qualification level in reflexology.

He was awarded the Honorary Diploma of the Cabinet of Ministers of Ukraine in 2009.