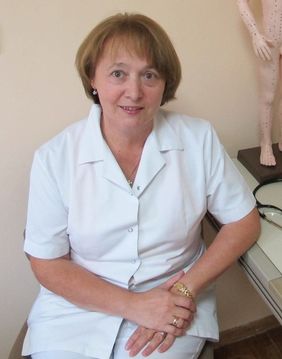 In 1979, Dr. Lun graduated from the Faculty of Pediatrics of the Lviv State Medical Institute. From 1985 to 1987, she completed her internship as a pediatrician at the A.A. Bogomolets National Medical University in Kyiv.

She worked as a pediatrician and was in charge of the Department of Pediatrics in Lutsk from 1979 to 1983, as a district pediatrician in Lviv, and clinical intern in Kyiv. She takes an active part in organizing advanced qualification courses for doctors, conducts consultations on-line on the Web site of the Kozyavkin International Rehabilitation Clinic.