Head of the Neurophysiological Research Department 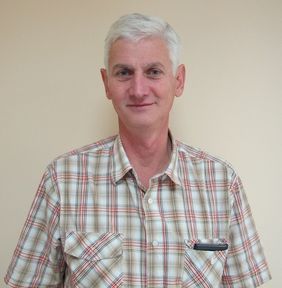 In 1984, Dr. Kachmar graduated from the Faculty of Medicine at the Lviv State Medical University.

In 1990, Dr. Kachmar started working as a psychotherapist at the Kozyavkin medical facility in Truskavets; he then went on to work as a doctor of functional diagnosis; he was the Deputy Director of Research from 1996 to 2000.

In 1997, Dr. Kachmar defended his Candidate thesis - Statics and Motor Functions in Children with Cerebral Palsy – Treatment and Dynamics.

Dr. Kachmar is the National Coordinator of Ukraine at the European Academy of Childhood Disability. He has the first qualification level in functional diagnosis.

He was awarded the Honorary Diploma of the Cabinet of Ministers of Ukraine for his significant contributions in providing medical care to children, introducing modern innovative treatments, and for his conscientious and dedicated work.